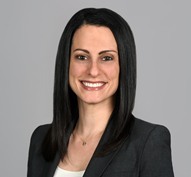 Ilissa Samplin is a partner in the Los Angeles office of Gibson, Dunn & Crutcher.  Ms. Samplin serves as Co-Chair of the firm’s Trade Secrets Practice Group.  She also is a member of Gibson Dunn’s Litigation, Media, Entertainment and Technology, and Intellectual Property Practice Groups.

Ms. Samplin’s practice focuses on complex commercial litigation, entertainment and technology disputes, and intellectual property litigation and counseling.  She has represented corporate and individual clients in the media, entertainment, and technology industries in a wide range of litigation in both federal and state court, including breach of contract, unfair competition, copyright, trademark, and trade secret matters.  Ms. Samplin also regularly advises clients on website policies and copyright, trademark, and privacy compliance.  In addition, she has experience drafting life rights, intellectual property, and licensing agreements and cease and desist letters for clients in the entertainment and technology sectors, as well as advising entertainment clients on profit participation and related accounting practices.

Ms. Samplin was recognized as an “Up and Coming” California commercial litigator by Chambers USA, as a “Rising Star” in Media and Entertainment by Law360, and as a “Future Star” by Benchmark Litigation in their 2022 publications.  Ms. Samplin was also named by Euromoney Legal Media Group at its Women in Business Law Awards as the 2021 Litigation Rising Star, has been featured in Variety’s Legal Impact Report in 2020, 2021, and 2022, and has been recognized by The Best Lawyers in America® as “One to Watch” in Entertainment and Sports Law.  Super Lawyers has consistently named Ms. Samplin a “Rising Star” in General Litigation in Southern California.  In addition, Ms. Samplin was part of the team that earned recognition in the Daily Journal’s 2020 “Top Verdicts” for a bench trial win for AMC in a profit participation case concerning The Walking Dead.

From 2012 to 2013, Ms. Samplin served as a law clerk to the Honorable Joseph F. Bianco, then of the United States District Court for the Eastern District of New York.  Ms. Samplin received her Juris Doctor degree in 2011 from Stanford Law School.  While at Stanford, she served as a Managing Editor of the Stanford Journal of Law, Business, and Finance, President of the Stanford Entertainment and Sports Law Association, and a member of the Cyberlaw Clinic.  Ms. Samplin received her Bachelor of Arts degree from Dartmouth College in 2008, where she graduated summa cum laude and was elected to Phi Beta Kappa.

Ms. Samplin is admitted to practice in the States of California and New York and is a member of the bars of the United States Court of Appeals for the Ninth and Second Circuits and the United States District Courts for the Central and Northern Districts of California and the Southern District of New York.  She is a member of the Board of Directors of the Los Angeles chapter of Friends of the Children, an organization that provides mentoring for children of youth who have been in the foster care system.  She also serves as a committee member of Women in Film, a Los Angeles-based organization that advocates for and advances the careers of women working in the screen industries.