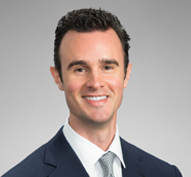 Matt Scorcio is a litigation associate in the Dallas office of Gibson, Dunn & Crutcher.  He works on every stage of disputes, with an emphasis on new and complex legal questions.  His recent experience includes:

Prior to joining the firm, Mr. Scorcio was a law clerk to the Honorable Don R. Willett of the U.S. Court of Appeals for the Fifth Circuit and the Honorable Sidney A. Fitzwater of the U.S. District Court for the Northern District of Texas.  Mr. Scorcio graduated from Stanford Law School in 2016.  He received a Bachelor of Science degree in mechanical engineering from the United States Naval Academy in 2007.  He was a naval officer for six years.

Mr. Scorcio is a member of the Texas bar.  He is also admitted to practice before the U.S. Court of Appeals for the Fifth Circuit and the U.S. District Courts for the Northern, Southern, and Eastern Districts of Texas.