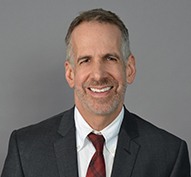 Land Use and Development Real Estate

Neil H. Sekhri is Of Counsel in the San Francisco office of Gibson, Dunn & Crutcher.  He is a member of the firm’s Real Estate Department.

Neil has extensive experience collaborating with public agencies for both private and public clients.  Recent public agency clients include Hastings College of the Law in their successful entitlement and public financing for a urban campus project; and Napa County in the entitlement for the Napa Pipe project, a large mixed-use brownfields redevelopment project.  Previously, Mr. Sekhri was a San Francisco Deputy City Attorney where he acted as senior real estate counsel for the Port of San Francisco. Representative projects at the Port include leading the Port through the negotiation and approval of the transaction documents and entitlements for the $400 million James R. Herman Cruise Terminal project at Piers 30-32; the $100 million historic rehabilitation of the Ferry Building; the historic rehabilitation of Piers 1, 1½, 3 and 5; and the complex land exchanges at Mission Bay, a 300-acre redevelopment site.

Mr. Sekhri is recognized by Chambers USA as a leading lawyer for California – Real Estate: Zoning/Land Use and was awarded the 2017 Daily Journal California Lawyer of the Year award for his work on the Golden State Warriors Mixed-Used and Event Center Project.  Neil has been a member of the board of Directors of the Foundation for San Francisco’s Architectural Heritage and is an officer of LAI International, an honorary real estate professional society.

Mr. Sekhri is a graduate of the University of California at Davis King Hall School of Law where he was editor of the Law Review.  He received his undergraduate degree in English with honors from the University of Maryland.

University of Maryland - 1983 Bachelor of Arts