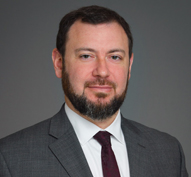 Akiva Shapiro is a litigation partner in Gibson, Dunn & Crutcher’s New York office, where he is a member of the Firm’s Appellate and Constitutional Law, Media & Entertainment, Securities Litigation, and Betting & Gaming Practice Groups, among others.  Mr. Shapiro’s practice focuses on a broad range of high-stakes constitutional, commercial, and appellate litigation matters.  He is regularly engaged in front of New York’s trial courts, federal and state courts of appeal, and the U.S. Supreme Court.

Representative litigation in front of the U.S. Supreme Court:

Mr. Shapiro has also been involved in various efforts to shape the law through publications and submissions to rulemaking bodies.  His argument in the New York Law Journal, with Gibson Dunn colleagues, that the New York Legislature has the authority to authorize mobile sports betting, consistent with the State Constitution—so long as the servers that effectively place the bets are physically housed at casinos duly authorized under the State Constitution—was adopted by the Legislature in authorizing online sports wagering in the State in 2021.  In March 2021, he submitted a proposal, with Gibson Dunn colleagues, to the United States Courts’ Committee on Rules of Practice and Procedure proposing a Federal Rule of Civil Procedure governing the filing of amicus briefs in district courts.  That proposal is pending.

Mr. Shapiro is a member of the Board of Governors of the American Association of Jewish Lawyers and Jurists (AAJLJ), the nation’s leading professional organization of Jewish lawyers and jurists, and a former Co-Chair of the AAJLJ’s First Amendment/Religious Liberties Committee.  He has been named a Benchmark Litigation “Future Star,” a Super Lawyers New York Metro “Rising Star” in Constitutional Law multiple times, and one of The Jewish Week’s “36 under 36” up-and-coming leaders in the Jewish community for his work on a number of high-profile pro bono cases.  Mr. Shapiro has been on multiple Frank Wheat Award-nominated teams for leadership and initiative in pro bono work at Gibson Dunn, and for obtaining significant results for the Firm’s pro bono clients, and was on the Gibson Dunn team that received the Jewish National Fund Presidential Award for pro bono work on behalf of the organization.

Mr. Shapiro earned his Juris Doctor in 2008 from Columbia Law School, where he was a senior editor of the Columbia Law Review, a Harlan Fiske Stone Scholar, and a semifinalist in the Harlan Fiske Stone Honors Moot Court competition.  After law school, he served as a research assistant to Judge Debra Livingston of the U.S. Court of Appeals for the Second Circuit and to Professor Harold Edgar.  Mr. Shapiro also earned a Master’s Degree in Religious Studies from Yale University, where he was a member of the Yale Journal of Law and the Humanities.  In 2001, he graduated from Columbia University with a Bachelor of Arts in History.

Mr. Shapiro has published articles on constitutional and litigation issues in The Wall Street Journal, The New York Law Journal, Law360, Westlaw, JURIST, Tablet Magazine, and other periodicals, and he has been quoted on a variety of legal topics in newspapers ranging from the New York Daily News to the Huffington Post to The Jewish Daily Forward.  He regularly gives Continuing Legal Education classes for other lawyers, including on constitutional and complex commercial litigation strategy, brief writing, and deposition techniques.