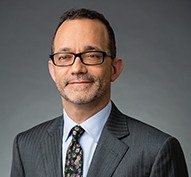 Eric Sloan is a partner in the New York and Washington D.C. offices of Gibson, Dunn & Crutcher and a Co-Chair of the Firm’s Tax Practice Group.  With more than 30 years of broad transactional and structuring experience, Mr. Sloan is a nationally recognized expert on the use of partnerships and limited liability companies in domestic and cross-border mergers and acquisitions, financing transactions, and restructurings and has a significant corporate M&A practice representing both financial and strategic investors.  He also has developed substantial experience in spin-offs and initial public offerings, including advising on many “UP-C” IPOs in a range of industries.

He has substantial experience in the formation of domestic and cross-border joint ventures and acquisitions and dispositions of businesses and interests in joint ventures, including the largest joint venture in the United States and a complex multi-billion dollar cross-border commodities joint venture.  He has also handled restructurings of partnerships, as well as private equity fund structuring and leveraged recapitalizations of private equity portfolio companies.  In addition, Mr. Sloan is deeply experienced in obtaining private letter rulings and closing agreements from the Internal Revenue Service on novel and difficult issues on an expedited basis.

Mr. Sloan is ranked as a leading tax lawyer (Band 1) by Chambers USA: America’s Leading Lawyers for Business.  Chambers notes he is as “a world-class partnership lawyer,” “a fountain of knowledge on partnership matters” who is “articulate and extremely fast” and “thinks about all angles and practical solutions” and stands out for his “experience, depth of knowledge and very strong ability to communicate complex subjects.”  When asked about Mr. Sloan, clients say, “[He] is incredibly intelligent and always offers candid, sage and practical advice” and “he is probably the best partnership tax lawyer out there, possessing both great technical skills and solid business judgment.”  The Best Lawyers in America® recognizes him for Tax and Who’s Who Legal also recognizes Mr. Sloan as an “Expert” in the area of Corporate Tax as well.  Additionally, Mr. Sloan was featured in the Who’s Who Legal inaugural edition of Thought Leaders: USA 2023.

Mr. Sloan started his legal career as an associate with Irell & Manella in Los Angeles and practiced law in Washington, D.C. before joining Deloitte as a principal, where he was asked to establish and lead Deloitte’s National Office Partnership Taxation group in 1997.

Mr. Sloan is a Fellow of the American College of Tax Counsel.  He is a past Vice Chair, Government Relations, of the American Bar Association Section of Taxation and a past Chair of the tax section’s Committee on Partnerships and LLCs.  He is also a member of the Executive Committee of the New York State Bar Association Tax Section and a past Co-Chair of that tax section’s Committee on Partnerships.  He is also Conference Co-Chair of Practising Law Institute’s Tax Planning for Domestic & Foreign Partnerships, LLCs, Joint Ventures & Other Strategic Alliances conference, and serves on planning committees for The University of Chicago Federal Tax Conference, the NYU Institute on Tax Institute, USC’s Gould School of Law’s Tax Institute, the Texas Federal Tax Institute, and Bloomberg BNA’s Pass-Through Entities Advisory Board.  In addition, for more than a decade he was an adjunct professor at Georgetown University Law Center, and he has been a guest lecturer at the Wharton School of the University of Pennsylvania and Harvard Law School.

Mr. Sloan received his Juris Doctor from the University of Chicago in 1990.  He also earned an LL.M. with distinction in taxation from Georgetown University Law Center in 1994.  Mr. Sloan is a member of the District of Columbia bar and the New York bar.