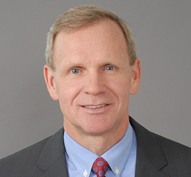 Chuck Stevens is a partner in the San Francisco office of Gibson, Dunn & Crutcher and Co-Chair of the firm’s White Collar Defense and Investigations Practice Group.  Mr. Stevens’ practice focuses on the representation of corporate clients in government investigations, internal investigations, and enforcement actions regarding business crimes and civil frauds, including healthcare, government contract, and  corporate fraud.

Mr. Stevens is consistently recognized by state and national legal publications for his work on high-stakes investigations and litigation matters.  The Daily Journal recently named Mr. Stevens a 2020 Top White Collar Lawyer in California, and The Best Lawyers in America recognized him as its San Francisco Lawyer of the Year for Bet-the-Company Litigation and ranked him in the Commercial Litigation and Criminal Defense: White Collar practice areas.  Chambers USA: America’s Leading Lawyers consistently ranks Mr. Stevens Band 1 in California Litigation: White-Collar Crime & Government Investigation and recently described him as a “household name,” in white collar defense who is ‘particularly skilled in successfully representing clients in healthcare enforcement matters…and government contract fraud.”  He is also recognized by Global Investigation Review (GIR) Who’s Who Legal for Investigations and Business Crime Defense.

Mr. Stevens also served as an Assistant United States Attorney for the Central District of California.  As a member of the Public Corruption and Government Contract Fraud Unit, he conducted grand jury investigations and tried federal criminal cases involving government contract fraud, bribery of federal employees, insurance fraud, tax fraud and bank fraud.  Mr. Stevens also argued numerous cases to the Ninth Circuit Court of Appeals.  He received special commendations from the Department of the Interior OIG and the Bureau of Alcohol, Tobacco and Firearms for successful prosecutions.

Mr. Stevens has been actively involved in the professional community, serving on many boards and committees, including as a member of the Judicial Selection Committee of Senator Diane Feinstein; as Vice President of the National Association of Former U.S. Attorneys; The Board of Directors of Legal Aid at Work; as an adjunct professor at U.C. Davis School of Law; and as secretary and counsel for Something Special, Inc., a nonprofit devoted to supporting children in foster care.

Mr. Stevens is a 1982 graduate of the U.C. Berkeley School of Law, where he served as Senior Note and Comment Editor of the California Law Review.  He received his B.A. in English from Colgate University in 1979.