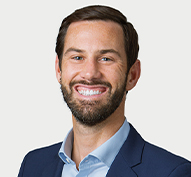 Al Suarez is an associate in the Dallas office of Gibson, Dunn & Crutcher.  Mr. Suarez practices in the firm’s Litigation Department, where he focuses on intellectual property, international trade, and antitrust matters.

Mr. Suarez earned his J.D. from the University of Texas School of Law in 2015 and his BA from Southern Methodist University in 2011.