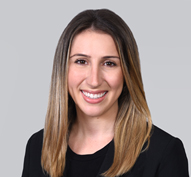 Raychel Teasdale is an associate in the Los Angeles office of Gibson, Dunn & Crutcher. She currently practices in the firm’s Litigation Department.

Ms. Teasdale is admitted to practice law in the State of California.