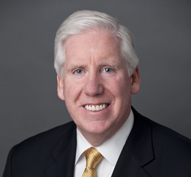 Mr. Thomasch is a Fellow of the American College of Trial Lawyers, and is a past chair of the College’s Federal Rules of Evidence Committee.  He has tried cases to verdict in federal and state courts in New York, Delaware, Maryland, Virginia, Tennessee, Florida, Colorado, Texas and Nebraska, and has argued appeals in the United States Courts of Appeal for the Second, Third, Sixth, Ninth, Eleventh and Federal Circuits, and in the highest courts of New York, Georgia and Maryland.  Mr. Thomasch is regularly asked to assume lead responsibility for ongoing matters after unfavorable pre-trial rulings or other developments have increased the stakes of the litigation and/or diminished the likelihood of success at trial. He has a record of consistent success in those situations.

Lawdragon has ranked Mr. Thomasch as among the “Top 500 Lawyers” and as one of the “500 Leading Litigators.”  Chambers USA:  America’s Leading Lawyers for Business repeatedly ranks Mr. Thomasch nationally for Product Liability and Mass Torts, and in New York for Intellectual Property. Chambers notes that he “is an outstanding litigator,” and “very strategic, very smart and extremely good on his feet in court.”  Benchmark Litigation:  The Definitive Guide to America’s Leading Litigation Firms and Attorneys named Mr. Thomasch a “Litigation Star” in New York and nationally for Product Liability and Commercial Litigation.  He has been recommended three times in the Who’s Who Legal Product Liability Defense guide.  The Best Lawyers in America® named Mr. Thomasch a leading attorney for Product Liability Litigation, and Law & Politics has named him “A Super Lawyer” every year since 2006 for product liability defense, intellectual property litigation, or business litigation.  He is recommended for “Life Sciences:  Product Liability” in PLC’s Which Lawyer?, was named an “IP Star” by Managing Intellectual Property magazine, and designated a “Life Sciences Star” in the inaugural publication of LMG Life Sciences 2012, and in each subsequent issue.  Mr. Thomasch is ranked by IAM Patent 1000 in patent litigation.

Mr. Thomasch received his J.D. from Columbia University School of Law in 1981, where he was a Harlan Fiske Stone Scholar and recipient of the Young B. Smith Award.  His undergraduate degree is from Northwestern University.  After law school, Mr. Thomasch was a law clerk to the Honorable Thomas P. Griesa of the United States District Court for the Southern District of New York.

The following is a representative sample of Mr. Thomasch’s cases.*

*Representations occurred prior to attorney’s affiliation with Gibson Dunn.