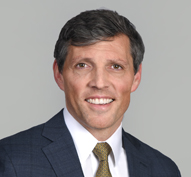 Eric Vandevelde is a litigation partner in Gibson Dunn’s Los Angeles office and a member of its White Collar Defense & Investigations; Privacy, Cybersecurity & Data Innovation; and Intellectual Property practice groups.  He is a former federal prosecutor and Deputy Chief of the Cyber & IP Crimes unit, with significant first-chair trial experience and a deep technical background, having obtained a degree in Computer Science from Stanford University and worked as a software engineer in Silicon Valley and Latin America.  He has been repeatedly ranked by Chambers and recognized by Super Lawyers and the Daily Journal, including as one of the Top 20 Cyber/Artificial Intelligence Lawyers in California.

Eric’s practice focuses on white collar and regulatory enforcement defense, internal investigations, and technology-heavy civil litigation matters, often involving computer/software-related trade secrets, copyrights, patents, and other intellectual property.  He routinely handles consumer protection investigations by state and federal regulators into allegedly unfair, unlawful, and deceptive practices.  Eric is on the forefront of cryptocurrency issues, handling litigation and regulatory investigations for major industry players.  He has also represented clients in some of the highest profile, highest stakes cases in the country concerning government demands for corporate data and assistance in connection with criminal and national security-related investigations.

Eric is an active member of the legal community and committed to pro bono work.  He served as Co-Chair of the ABA White Collar Crime Committee for Southern California.  He currently serves on the board of the Los Angeles Center for Law and Justice, which provides direct representation to survivors of domestic violence and families in crises, and he was previously a board member for the Federal Bar Association of Los Angeles.  He is also a member of the Los Angeles County Bar Association and volunteers with the Constitutional Rights Foundation.

From 2007 to 2014, Eric served as an Assistant U.S. Attorney in the U.S. Attorney’s Office for the Central District of California.  He was Deputy Chief of the Cyber & IP Crimes unit, supervising one of the nation’s largest teams of federal prosecutors dedicated to investigating and prosecuting computer hacking and intellectual property offenses.  He was the lead prosecutor on numerous high-profile cyber-crime investigations, including cases involving corporate espionage, theft of trade secrets, APTs (advanced persistent threats), botnets, distributed denial of service (DDoS) attacks, and other sophisticated cyberattacks by nation-state actors.  Eric handled the prosecution of several infamous hacking groups that infiltrated government and corporate servers around the world.  He also successfully prosecuted numerous traditional white collar cases as part of the Major Frauds Section, including healthcare fraud, mortgage fraud, investment fraud, tax fraud, and government procurement fraud cases, as well as some of the largest Ponzi scheme cases in Southern California.

Vandevelde graduated from UCLA School of Law, Order of the Coif. After law school, he clerked for the Honorable A. Howard Matz, United States District Judge, Central District of California.