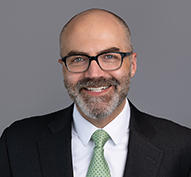 Tyler H. Amass is Of Counsel in the Denver office of Gibson, Dunn & Crutcher.  Mr. Amass practices in the Firm’s Litigation Department, with a primary focus on commercial and business litigation, including M&A litigation, breach of fiduciary duty and securities law claims against companies and directors, corporate control contests, activist-investor litigation, and breach of contract claims.  Mr. Amass has significant experience handling all phases of expedited litigation, including seeking and opposing temporary restraining orders and preliminary injunctions, engaging in expedited discovery and trying cases on an expedited basis.  In addition to representing clients following the filing of a claim, Mr. Amass routinely advises clients in connection with potential mergers, acquisitions, or other changes in control, to best position them for the litigation those actions routinely attract.

Mr. Amass also has a deep commitment to pro bono work:  he has successfully represented victims of domestic abuse in family and immigration court and has won asylum for clients before Asylum Officers and Immigration Court Judges.  Mr. Amass was awarded the 2010 Pro Bono Achievement Award by Sanctuary for Families and was a member of the litigation teams that received the Firm’s Frank Wheat Memorial Pro Bono Award for leadership and initiative in pro bono work in both 2013 and 2014.