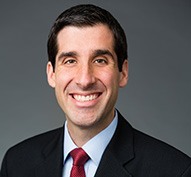 Matt Benjamin is a partner in the New York office of Gibson, Dunn & Crutcher. He is a member of Gibson Dunn’s General Commercial Litigation, White Collar Defense and Investigations, Crisis Management, and Privacy, Cybersecurity and Data Innovation Practice Groups, among others. Mr. Benjamin has also served on the firm’s Hiring, Diversity, and Community Affairs Committees.

Mr. Benjamin maintains a robust pro bono practice.  In 2015, the Federal Bar Council selected Mr. Benjamin to receive the Thurgood Marshall Award for Exceptional Pro Bono Service, recognizing his “extraordinary contribution to public service and persistent dedication to enhancing access to justice for those most in need.”  In particular, Mr. Benjamin was honored for his efforts in developing Gibson Dunn’s groundbreaking pro bono program in support of the Alternatives to Incarceration programs of the U.S. District Court for the Eastern District of New York.  Through this program, Gibson Dunn attorneys have provided pro bono civil legal services, including representation in housing, public assistance benefits, immigration, professional licensing, transactional, and family law matters, to dozens of defendant participants in the ATI programs.   Mr. Benjamin has also represented individual clients in federal courts and agencies in immigration, veterans, criminal, and family court matters.  He currently represents the surviving family of a high-profile murder victim in law enforcement and related matters.

Mr. Benjamin serves on the Board of Directors of Classic Stage Company (CSC), a leading Off-Broadway theater.

From 2008 to 2009, Mr. Benjamin served as a law clerk to the Honorable George Z. Singal in the United States District Court for the District of Maine.

The Best Lawyers in America® 2023 recognizes Mr. Benjamin as a leading Criminal Defense: White-Collar attorney.  In addition, he has been consistently named in the Super Lawyers: New York Metro “Rising Stars” list in the area of litigation since 2013.

Mr. Benjamin is admitted to practice in the State of New York, and before the United States District Courts for the Southern and Eastern Districts of New York.