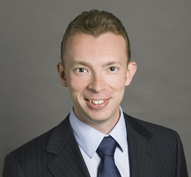 Dr. Timothy P. Best is a partner in the firm’s Los Angeles office and a member of the firm’s Intellectual Property Litigation Practice Group. In 2017, Dr. Best was selected as a Rising Star by Law360, a list that highlights top legal talent under the age of 40.  Tim was one of the five life sciences lawyers honored by Law360 in recognition of his scientific savvy guiding major drugmakers through high-stakes patent cases.

For example, in March 2018, Tim played a second-chair role on a Gibson Dunn team that successfully defended Pfizer and Merck-Serono in a five-week jury trial against Biogen, in which Biogen sought in excess of $5.4 billion in damages for alleged infringement of a patent pertaining to the use of recombinant DNA technology in the treatment of multiple sclerosis. The jury unanimously rejected Biogen’s damages claim and invalidated its patent, handing Pfizer and Merck-Serono one of the largest defense wins in patent litigation history.

Tim also recently second-chaired a Gibson Dunn trial team that successfully asserted three patents on behalf of Depomed and Grunenthal against several prospective generic drug competitors.  The Court ruled in favor of Depomed in holding all three patents infringed and rejected the defendants’ attempts to invalidate the patents.

Tim’s patent litigation experience has spanned work for clients in a variety of technological fields, including biotechnology and life sciences, pharmaceuticals, medical devices, image processing, semiconductor manufacture, and business methods.  He also has experience in copyright and trademark litigation.  Exemplary engagements include the following matters:

Tim earned his Juris Doctor at the University of California at Berkeley (Boalt Hall) where he served on the Editorial Board of the Berkeley Technology Law Journal and served as an advisor for the BTLJ Annual Review.