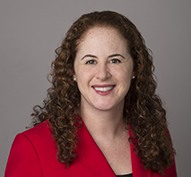 Stephanie L. Brooker, former Director of the Enforcement Division at the U.S. Department of Treasury’s Financial Crimes Enforcement Network (FinCEN) and a former federal prosecutor, is a partner in the Washington, D.C. office of Gibson, Dunn & Crutcher. She is Co-Chair of the firm’s White Collar Defense and Investigations, the Financial Institutions, and the Anti-Money Laundering Practice Groups. As a prosecutor, Ms. Brooker tried 32 criminal trials, investigated a broad range of white collar and other federal criminal matters, briefed and argued criminal appeals, and served as the Chief of the Asset Forfeiture and Money Laundering Section in the U.S. Attorney’s Office for the District of Columbia.

Ms. Brooker has been consistently recognized as a leading practitioner in the areas of white collar criminal defense and anti-money laundering compliance and enforcement defense. Chambers USA has ranked her and described her as an “excellent attorney,” who clients rely on for “important and complex” matters, and noted that she provides “excellent service and terrific lawyering.” Ms. Brooker has also been named a National Law Journal White Collar Trailblazer and a Global Investigations Review Top 100 Women in Investigations.

Ms. Brooker served as an Assistant U.S. Attorney in the U.S. Attorney’s Office for the District of Columbia, where she served for many years as a trial attorney in Federal and Superior Court.  In the latter part of her tenure, she served as the first Chief of the new Asset Forfeiture and Money Laundering Section. This Section was responsible for all asset forfeiture and money laundering issues in Criminal Division cases and for litigation of civil forfeiture cases. In this role, she investigated and prosecuted complex civil and criminal forfeiture cases involving high-priority enforcement areas, such as national security, sanctions violations, and major financial fraud. She established the USAO’s first DC Financial Crimes Task Force and supervised the investigation and prosecution of BSA and money laundering cases. During her tenure, she received the U.S. Attorney’s Award for Creativity and Innovation in Management. She was also awarded three Special Achievement Awards for Superior Performance and the Office’s Criminal Division Award.

Ms. Brooker also served as the first Director of FinCEN’s Enforcement Division, which is the lead federal regulator with responsibility for enforcing the U.S. AML laws and regulations. In this role, she oversaw all of FinCEN’s domestic and foreign enforcement and compliance under the BSA. She also oversaw rulemaking actions under Section 311 of the PATRIOT Act against foreign institutions and jurisdictions, Geographic Targeting Orders, and examination and enforcement actions against cryptocurrency companies following FinCEN’s 2013 cryptocurrency guidance. Prior to serving as Enforcement Director, Ms. Brooker served as Chief of Staff and Senior Advisor to the Director of FinCEN.

Ms. Brooker clerked for Judge Diana Gribbon Motz of the U.S. Court of Appeals for the Fourth Circuit and for Judge James Robertson of the U.S. District Court for the District of Columbia. She also worked in private practice as an appellate litigation associate at an international law firm.

Ms. Brooker serves as Treasurer of the Board of Directors of the Robert A. Shuker Scholarship Fund. Ms. Brooker is admitted to practice in the District of Columbia.