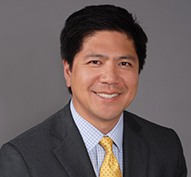 Mr. Chan is a Chambers-ranked attorney in the category of White Collar Crime and Government Investigations, and Benchmark Litigation recognizes him as a Litigation Star for being “recommended consistently as a reputable and effective litigator by clients and peers.”  Global Investigations Review ranks Mr. Chan in its annual Global Guide of Recommended Investigations Counsel, including in their inaugural ranking of “the most eminent lawyers in the field under 45.”  In addition, Mr. Chan is a LMG Life Sciences “Star” in White Collar and Government Investigations, and in 2014, he was named in Law360 as one of just five nationwide “Rising Stars” in White Collar Criminal Defense under the age of 40 “whose legal accomplishments belie their age.”  He is also recommended by Who’s Who Legal 2021 for Investigations.

From 2003 to 2011, Mr. Chan served as an Assistant United States Attorney in the Eastern District of New York, where he investigated a wide range of matters as part of that office’s Business and Securities Fraud Section, including False Claims Act violations, health care fraud, Foreign Corrupt Practices Act violations, hedge fund improprieties, insider trading, accounting fraud, market manipulation, and fraudulent offerings of securities.  Mr. Chan additionally prosecuted cases in the Organized Crime and Racketeering Section, where he handled matters involving Italian, Eastern European and Asian criminal enterprises, for which the Attorney General awarded Mr. Chan one of the Department of Justice’s highest awards for his “exemplary and historic work.”

As a senior prosecutor, Mr. Chan served in a number of supervisory roles at the U.S. Attorney’s Office, including as Health Care Fraud Coordinator.  In that capacity, he oversaw all qui tam and whistleblower investigations involving allegations of False Claims Act violations, kickbacks, misbranding and off-label promotion by pharmaceutical, biotechnology and medical diagnostic companies, among others.  Mr. Chan also served as Deputy Chief of the General Crimes section, where he supervised and trained all first-year AUSAs in their investigation, prosecution and trial of federal offenses ranging from fraud to violent crime.  By the conclusion of his tenure with the U.S. Attorney’s Office, Mr. Chan had trained approximately half of the 83 line prosecutors in the Eastern District of New York.

Mr. Chan earned his undergraduate degree, magna cum laude, from Yale University, and his Juris Doctor from Yale Law School, where he was on the Yale Law Journal and president of the Pacific Islander, Asian and Native American Law Students’ Association.  Following law school, Mr. Chan served as a law clerk for the Honorable Leonard B. Sand of the United States District Court for the Southern District of New York, and then for the Honorable Chester J. Straub of the United States Court of Appeals for the Second Circuit. While a federal prosecutor, Mr. Chan taught a clinical course at Columbia Law School on the principles of federal prosecution and a first-year lawyering course at Fordham University School of Law.

He speaks conversational Mandarin Chinese and Taiwanese, and serves on the Diversity Committee of the firm’s Bay Area offices.