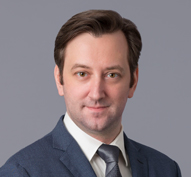 Tyler P. Cohen is a corporate associate in the Hong Kong office of Gibson Dunn. His practice focuses on general corporate, mergers and acquisitions, private equity, and other Asia-based and cross-border transactions.

Mr. Cohen has acted for clients such as Tencent, Carlyle Group, Temasek Holdings, KKR, Apollo Global Management, DCP Investments and Morgan Stanley Private Equity. He has advised on several investments in technology and media companies and has experience with both buy-out deals as well as series financings.

Mr. Cohen earned his Bachelor of Arts at McGill University in 2011 and his Juris Doctor at the University of Toronto Faculty of Law in 2015. He is fluent in English and proficient in Mandarin and is admitted to practice in New York.