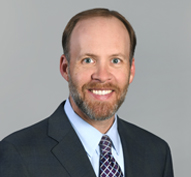 Jesse A. Cripps is a partner in Gibson Dunn’s Los Angeles office and a member of the firm’s Labor & Employment, Litigation and Class Action Practice Groups.

Mr. Cripps has handled the full range of labor and employment matters under both federal and state law, specializing in the defense of high-risk, complex and class action employment litigation.  His successes include defeating class and collective action certification, securing the dismissal of class action claims on the pleadings, and securing a variety of merits-based victories at the trial court and appellate levels.

Mr. Cripps has a wide-range of courtroom experience, including state and federal jury trials. He has tried class action employment claims to resolution and has first-chair success in individual employment arbitrations and high-stakes administrative hearings.  He has successfully argued several times before the California Court of Appeal and Ninth Circuit Court of Appeals, resulting in favorable published opinions for his clients.

His representative matters include the defense of statewide and nationwide employment class actions, the representation of employers in high-stakes non-compete and trade secret disputes, and the defense of discrimination, retaliation, and whistleblowing claims.  Mr. Cripps also represents employers in matters involving reductions in force, family and medical leave, federal contract compliance, and occupational safety and health.  In addition to his courtroom experience, Mr. Cripps also spends time counseling clients on preventative planning under state and federal laws.

In 2019, Benchmark Litigation named Mr. Cripps as a “Labor & Employment Star” and he is routinely recognized as a leading employment lawyer by Chambers USA, Law360, Los Angeles and Law & Politics magazines.  He has been named one of “California’s Top Labor & Employment Lawyers” by the Daily Journal, and his work has been featured among its list of “Top Verdicts” and “Top Appellate Reversals.”  He serves on the Executive Committee for the Los Angeles County Bar Association Counsel for Justice, and serves as Board Vice Chair for the Hillsides organization.  Mr. Cripps speaks regularly on employment issues, including programs and presentations for the California Employment Law Council, Strafford, Bridgeport, Bloomberg BNA, and various Fortune 500 companies.

Mr. Cripps is admitted to practice in the State of California.