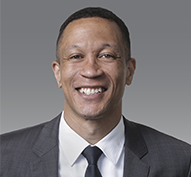 Marcus Curtis is an associate in the Orange County office of Gibson, Dunn & Crutcher, and a member of the firm’s Appellate and Constitutional Law practice group.

Mr. Curtis served as a law clerk to Judge J. Clifford Wallace of the United States Court of Appeals for the Ninth Circuit, and to Judge Cynthia A. Bashant of the United States District Court for the Southern District of California. He graduated from Yale Law School, where he served as an articles and essays editor for the Yale Law & Policy Review, and a managing editor for the Yale Journal of Law & Feminism.

Prior to joining Gibson Dunn, Mr. Curtis practiced with the firm Latham & Watkins LLP as a member of the securities litigation and antitrust practices.