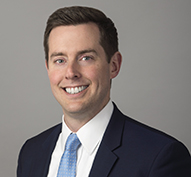 Prior to joining Gibson Dunn, Mr. Day had a distinguished 15-year career as a white collar prosecutor with the Department of Justice (DOJ), rising to the highest career position in the DOJ’s Criminal Division as an Acting Deputy Assistant Attorney General (DAAG).  As a DAAG, Mr. Day had responsibility for approximately 200 prosecutors and other professionals.  Mr. Day also previously served as Chief and Principal Deputy Chief of the Money Laundering and Asset Recovery Section.  In these various leadership positions, from 2013 until 2018, Mr. Day supervised investigations and prosecutions of many of the country’s most significant and high-profile cases involving allegations of corporate and financial misconduct.  He also exercised nationwide supervisory authority over the DOJ’s money laundering program, particularly any BSA and money-laundering charges, deferred prosecution agreements and non-prosecution agreements involving financial institutions.

Earlier in his time as a white collar prosecutor, from 2005 until 2013, Mr. Day served as a deputy chief and trial attorney in the Public Integrity Section of the DOJ.  During his tenure at the Public Integrity Section, Mr. Day prosecuted and tried some of the Criminal Division’s most challenging cases, including the prosecutions of Jack Abramoff, a Member of Congress and several chiefs of staff, a New York state supreme court judge, and other elected local officials.  He started his career in 2003 when he was selected to join the Attorney General’s Honors Program as a prosecutor in the DOJ’s Tax Division.  Mr. Day also was stationed overseas as the Justice Department’s Anti-Corruption Resident Legal Advisor in Serbia.

Mr. Day clerked for Chief United States District Court Judge Benson E. Legg of the District of Maryland.  He earned his J.D. from the University of Virginia School of Law, where he graduated in 2002 after winning first place in the Lile Moot Court Competition and being selected to receive the Margaret G. Hyde Graduation Award.  He graduated with honors and highest distinction from the University of Kansas in 1999 with a B.A. in Italian Literature and Humanities.

Mr. Day is licensed to practice in the Commonwealth of Virginia and the District of Columbia.

University of Kansas - 1999 Bachelor of Arts