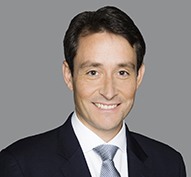 Pierre-Emmanuel Fender is a French qualified partner in the Paris office of Gibson, Dunn & Crutcher. Mr. Fender serves as a member of the firm’s Litigation and Business Restructuring Practice Groups.

Mr. Fender specializes in complex cross-border restructurings and French pre-insolvency and insolvency matters. Mr. Fender regularly advises investors on the management or acquisition of defaulting entities, distressed companies undergoing insolvency proceedings, and creditors—including banks and CLOs—for the recovery of their receivables and the protection of their securities.

Legal 500 EMEA 2019 recommends him for Insolvency (Band 1) as one of the practice’s ‘key names’, while previous editions called him a ‘rainmaker’. The directory also ranks him in its Dispute resolution – commercial litigation category (Band 2) and previously described him as an “excellent litigator”. Best Lawyers in France 2020 also recommends him for Insolvency and reorganization law.

Prior to joining Gibson Dunn in 2017, he practiced with Ashurst from 2002.  He previously practiced with Landwell & Associés, Arthur Andersen International, and HSD Ernst & Young.

Mr. Fender graduated in 2000 from the University of Strasbourg III Robert Schumann, with a DESS (postgraduate degree) in business law and a DJCE Magistère (postgraduate degree) in Franco-German business law; and with a Maîtrise (LLM) in business law. In May 2016, he published an article titled, “Prévention des difficultés des entreprises: le banquier et le pouvoir de dire non … sans limite?” in Le Monde du Droit. He is also an occasional speaker at Strasbourg University where he delivers a training and workshop session on French restructuring to DJCE students.

Mr. Fender is an avocat at the Paris Bar. He speaks French and English fluently.