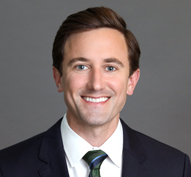 Joseph A. Gorman is of counsel in the San Francisco office of Gibson, Dunn & Crutcher LLP.  He is a member of the Firm’s Litigation Department.  His practice focuses on complex commercial litigation with a focus on technology, software copyright, and contract disputes.  He served as a law clerk to Judge Andrew J. Kleinfeld of the United States Court of Appeals for the Ninth Circuit, and to Judge Garland E. Burrell, Jr. of the United States District Court for the Eastern District of California.

Mr. Gorman has represented clients in the technology, pharmaceutical, sports, and retail industries in a variety of high-stakes disputes, in several federal trials and on appeal.  Representative matters include:

Mr. Gorman also has an active pro bono practice.  He led a team that filed a lawsuit to protect 70 neglected retired thoroughbred horses, which settled favorably and resulted in the horses being brought back to health and under an ongoing welfare monitorship.  Mr. Gorman serves in the United States Navy Reserves.

Mr. Gorman has practiced in federal courts throughout the country, and is a member of the California and New York bars.

State University of New York at Geneseo - 2006 Bachelor of Arts