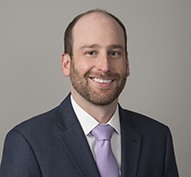 Andrew Kilberg is an associate in Gibson, Dunn & Crutcher’s Washington, D.C. office.  He practices in the firm’s Litigation Department and is a member of the firm’s Administrative and Regulatory, Appellate and Constitutional Law, Labor and Employment, and Sports Law practice groups.

Mr. Kilberg served as Counselor to Secretary Eugene Scalia at the United States Department of Labor from 2019 to 2021.  In that role, he briefed and advised the Secretary and Deputy Secretary on a wide range of matters and led teams on important regulatory and other projects for the Office of the Secretary, including matters concerning environmental, social, and governance investing, proxy voting, the U.S.-Mexico-Canada Agreement, independent contractor status, apprenticeships, religious accommodation, evidentiary standards and procedures for non-discrimination enforcement actions, and the coronavirus pandemic.

Mr. Kilberg represents clients in a wide range of appellate, regulatory, and complex litigation matters across a variety of industries in front of both federal and state courts and agencies, with an emphasis on labor and employment and telecommunications matters.  In 2019, Law360 named Mr. Kilberg a “Rising Star” in Telecom. Mr. Kilberg also maintains an active pro bono practice.

University of Cambridge - 2011 Master of Philosophy