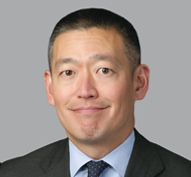 Thomas J. Kim is a partner in the Washington D.C. office of Gibson, Dunn & Crutcher, LLP, where he is a member of the firm’s Securities Regulation and Corporate Governance Practice Group.  Mr. Kim focuses his practice on a broad range of SEC disclosure and regulatory matters, including capital raising and tender offer transactions and shareholder activist situations, as well as corporate governance, environmental social governance and compliance issues.  He also advises clients on SEC enforcement investigations involving disclosure, registration and auditor independence issues.

Mr. Kim has extensive experience handling regulatory matters for companies with the SEC, including obtaining no-action and exemptive relief, interpretive guidance and waivers, and responding to disclosures and financial statement reviews by the Division of Corporation Finance.

Mr. Kim served at the SEC for six years as the Chief Counsel and Associate Director of the Division of Corporation Finance, and for one year as Counsel to the Chairman.  As Chief Counsel, Mr. Kim was responsible for the Division’s no-action, interpretive and exemptive positions.  He also led several rulemaking initiatives including eliminating the prohibition on general solicitation in Rule 506 and Rule 144A offerings, the concept release on the U.S. proxy system, and the interpretive release on the use of company websites.  In recent years, because of his SEC experience on the question of what is a security, he has advised many cryptocurrency companies on whether their particular digital assets constitute securities.

Before joining Gibson Dunn, Mr. Kim was a partner with Sidley Austin LLP.  Prior to his tenure at the SEC, Mr. Kim served as Corporate and Securities Counsel for General Electric.

Mr. Kim has been recognized by Chambers USA in the Securities Regulation: Advisory category since 2015.  He is also recognized by Best Lawyers in America, Who’s Who Legal, and the NACD Directorship 100 and is a Fellow of the American College of Governance Counsel.  Mr. Kim is the Chair of the Northwestern Pritzker Law School’s Annual Securities Regulation Institute.  He also chairs the ABA’s Securities Law Opinions Subcommittee of the Federal Regulation of Securities Committee.  As a past member of the ABA’s Committee on Corporate Laws, he edited two editions of the ABA’s Corporate Director’s Guidebook.