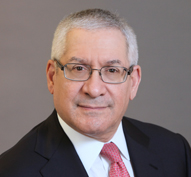 Daniel M. Kolkey has served as an Associate Justice on the California Court of Appeal, Third Appellate District, and as Counsel to the Governor of California. A partner in the San Francisco office of Gibson, Dunn & Crutcher since 2003, Mr. Kolkey is chair of the firm’s California Appellate Law Practice Group, a member of the firm’s national appellate and constitutional law practice group, and a member of the Litigation Department.

Ranked in the first tier for California Appellate Litigation by Chambers USA in 2010, 2011, 2012, 2013, 2014, 2015, 2016, 2017, and 2018, and awarded the prestigious Clay Award as an Attorney of the Year in the fields of Government/Public Policy, Appellate law, Real Estate and Development, and Sports Law for “extraordinary achievement” in the years 2004, 2006, 2015, and 2016, respectively, Mr. Kolkey’s practice focuses on appellate litigation.  He served for five years (1999-2003) as an Associate Justice on the California Court of Appeal, Third Appellate District, in Sacramento, served as Legal Affairs Secretary and counsel to Governor Pete Wilson for four years, has advised four different governors on legal issues, and acted as Governor Arnold Schwarzenegger’s lead negotiator for tribal-state compacts under the Indian Gaming Regulatory Act.  The Daily Journal named him as one of the top 100 lawyers in California in 2018.

He has also maintained an international arbitration practice that has included matters under the English Arbitration Acts and before the International Chamber of Commerce, the American Arbitration Association, and the Iran-United States Claim Tribunal.

In his capacity as Legal Affairs Secretary and counsel to Governor Pete Wilson, Mr. Kolkey was responsible for all of the legal advice within the Governor’s Office; approving all state agency appeals; supervising and directing litigation strategy with respect to lawsuits brought against the Governor in his official capacity; drafting the Governor’s civil justice reform legislation; and negotiating tribal-state compacts under the Indian Gaming Regulatory Act.

Mr. Kolkey is co-editor of The Practitioner’s Handbook on International Arbitration and Mediation (Juris Publishing) and was an adjunct professor teaching international arbitration at McGeorge Law School from 2001-2004.