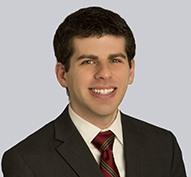 Harrison A. Korn is of counsel in the Washington, D.C. office of Gibson, Dunn & Crutcher, where he is a member of the firm’s corporate department. His practice focuses on public and private mergers and acquisitions, the formation and operation of private equity and hedge funds, and capital markets and other corporate transactions, as well as general corporate matters, including securities law compliance and corporate governance.

Selected representations include the following:

Mr. Korn is a member of the firm’s Diversity Committee and serves as Co-Chair of the LGBT Sub-Committee. He provides pro bono representation with respect to corporate matters to The Trevor Project and The Human Rights Campaign.

Mr. Korn is a member of the bars of New York State and the District of Columbia.