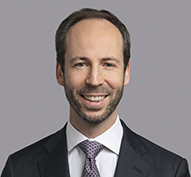 Till Lefranc is a partner in the London and Singapore offices of Gibson, Dunn & Crutcher. Mr. Lefranc is a member of the Private Equity, Mergers and Acquisitions and Capital Markets practice groups.

Mr. Lefranc is recognised by Legal 500 UK 2023 for private equity: transactions – high-value deals. He is also recognised by the 2023 edition of Best Lawyers in the United Kingdom as a leading lawyer for Private Equity Law.

*Some of these representations occurred prior to Mr. Lefranc’s association with Gibson Dunn.