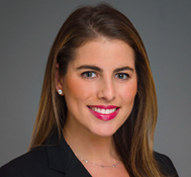 Esther Lifshitz is a litigation associate in the New York office of Gibson, Dunn & Crutcher.

Ms. Lifshitz has been recognized by The Best Lawyers in America® as “One to Watch” in the area of Commercial Litigation.

Prior to joining Gibson Dunn, Ms. Lifshitz served as a law clerk to the Honorable Eric N. Vitaliano of the United States District Court for the Eastern District of New York. Before that, Ms. Lifshitz was a litigation associate at Cleary Gottlieb Steen & Hamilton in New York.

Ms. Lifshitz is admitted to practice in the State of New York and before the United States District Court for the Southern District of New York.