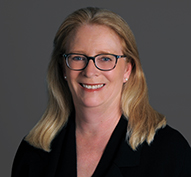 Kristin A. Linsley is a partner in Gibson, Dunn & Crutcher’s San Francisco office, where she is a member of the Litigation Department. Ms. Linsley specializes in complex business and appellate litigation across a spectrum of areas, including water and energy law, cybersecurity and technology law, international and transnational law, data and privacy, and complex financial litigation.  She has earned a national reputation for achieving favorable results for her clients in high-profile complex matters, and is noted for the strength of her legal analysis and the depth and breadth of her multinational litigation experience.

Ms. Linsley has a strong general regulatory practice, advising clients on compliance with federal, state, and local laws and regulations, and also devising and implementing legal challenges to such laws and regulations where necessary.  She also has broad experience in the area of data privacy, cybersecurity, and technology law, representing companies such as Facebook and Expedia with respect to some of their most challenging data security issues.  Currently, Ms. Linsley is part of a Gibson Dunn team representing Facebook in connection with the recent Cambridge Analytica events.  And she has represented Expedia subsidiary HomeAway in a series of challenges to state and local ordinances that regulate the business of short-term property rentals.  Ms. Linsley and her team recently secured a preliminary injunction against such an ordinance passed by the City of New York on the ground that the City’s requirement that the company turn over large volumes of consumer data violated the Fourth Amendment.  Ms. Linsley has handled such challenges in a wide range of matters in both federal and state court.

Ms. Linsley also has an active practice in the area of water and energy law.  Currently, she represents one of California’s oldest public water and energy districts in a challenge to a county ordinance that regulates credits for private use of solar energy.  She previously represented that same district in a groundbreaking action challenging the State of California’s failure to comply with its obligations attendant to an historic agreement to transfer a portion of the district’s Colorado River waters to San Diego.  Ms. Linsley has worked actively with the district’s board of directors in both sets of actions.

Ms. Linsley also has an active appellate practice representing clients in a wide range of industries before the federal and state appellate courts and the U.S. Supreme Court.  Ms. Linsley has briefed and argued appeals on a wide range of matters, including cases involving complex business transactions, jurisdictional and procedural issues, class actions, and telecommunications issues.

On the international/transnational side, Ms. Linsley has spent over two decades litigating complex international law issues arising from clients’ overseas operations, including claims brought under the Alien Tort Statute.  She also has handled multiple actions seeking to impose liability on companies under the Anti-Terrorism Act based on claimed “material support” for International terrorist activities. Ms. Linsley is a frequent writer and speaker on these issues.

Ms. Linsley also was appointed in 2008 by the U.S. Supreme Court to serve as a Special Master in an original case before the court, South Carolina v. North Carolina, Original No. 138, the first woman to hold that post.  She has translated that experience into an expertise in water law, including representing a California municipality and holder of significant Colorado River water rights in a petition to the State Water Resources Control Board.

Ms. Linsley is frequently recognized as a top legal practitioner in California and across the United States. Her recent accolades include:

Ms. Linsley is a frequent writer and speaker on a range of legal issues, including international and transnational litigation matters and original jurisdiction and water allocation disputes between states.  She has spoken at the ABA Environmental Law Section conference in Indianapolis, the American Constitution Society, Duke University, the Federalist Society, Georgetown University Law Center, Pepperdine University, UC Hastings, UC Irvine School of Law, UCLA and Rutgers University, among others.

Ms. Linsley is admitted to practice in the U.S. Supreme Court, the 9th Circuit, the Federal Circuit and the federal and state courts in California and New York. She is a member of the ABA Litigation Section.