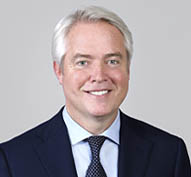 Samuel G. Liversidge is a partner in Gibson, Dunn & Crutcher’s Los Angeles office.  He is Co-Chair of the Litigation Department in the Los Angeles office and a member of the firm’s Antitrust and Class Action Practice Groups.

Mr. Liversidge is an experienced litigator and trial lawyer whose practice focuses on antitrust, unfair competition and class action litigation.  Mr. Liversidge has represented some of the world’s leading companies in connection with some of their most significant matters.  He has successfully litigated and tried claims ranging from breach of contract and fraud to alleged monopolization, conspiracy, exclusive dealing, predatory pricing and tying.  Mr. Liversidge’s experience in complex commercial and business litigation matters extends across multiple different industries, products and services.  Mr. Liversidge has been described by clients in Chambers USA as “an exceptionally strong litigator and trial lawyer,” a “super antitrust lawyer” and  “the type of person you have tremendous confidence in.”  Additionally, Chambers USA ranked him in their 2022 California Antitrust Category.  Most recently, Mr. Liversidge was featured in the 2023 edition of Best Lawyers in America for his work in antritrust law.  BTI Consulting named Mr. Liversidge to its 2019 BTI Client Service All-Stars List, which recognizes attorneys “who deliver incomparable levels of client service excellence.”  In 2020, BTI Consulting named Mr. Liversidge to its Client Service Elite MVP list, which recognizes the 61 lawyers named as All-Stars two years in a row.

Mr. Liversidge is also a leading expert in consumer class actions, having successfully defended numerous high-profile class action cases, at both the trial and appellate level.  He has handled antitrust and product-defect class actions, as well as scores of cases filed under various consumer protection and false advertising statutes.