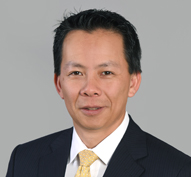 Jason C. Lo is a partner resident in the Los Angeles office of Gibson, Dunn & Crutcher where he practices litigation with a specialty in intellectual property law, with a focus on patent and trade secrets litigation, as well as antitrust and competition law.  He has successfully represented leading companies in various industries, including the video game, semiconductor, military defense, and pharmaceutical industries.  He has litigated high-stakes patent infringement cases in courts throughout the United States, as well as the U.S. International Trade Commission.

Since 2015, Mr. Lo has served as a Lecturer in Law at the University of Southern California Gould School of Law, teaching courses in patent litigation and intellectual property litigation.

Some of Mr. Lo’s recent achievements and representations include:

Mr. Lo is a member of the California Bar. He is fluent in Mandarin Chinese and a proficient speaker of Cantonese.