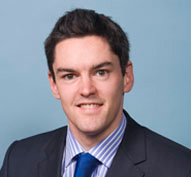 Christopher Loudon is a Scottish qualified Of Counsel in the London office of Gibson, Dunn & Crutcher LLP, and practises in the firm’s Dispute Resolution Group. He has broad-based commercial litigation and dispute resolution experience, with a particular focus on the financial services sector.

Since joining Gibson, Dunn & Crutcher LLP, he has worked on disputes before the English, French, Swiss, German, Dutch, Italian, US, BVI and Cayman courts, and in particular on a large number of cases in Luxembourg, including commercial, administrative and criminal matters. He also has considerable fraud investigation experience, both in private practice and while seconded to the in-house Legal function at UBS in London.

Prior to joining Gibson Dunn, Mr. Loudon trained in the Scottish offices of a leading international law firm and spent time seconded to the in-house Dispute Resolution group at one of the world’s largest financial services groups.

Mr. Loudon has also worked at the European Parliament in Brussels and Strasbourg. He speaks fluent French.