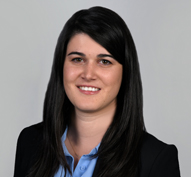 Nicole Matthews is an associate in the Los Angeles office of Gibson, Dunn & Crutcher. She currently practices in the firm’s Litigation Department.

Ms. Matthews received her law degree from the University of California, Berkeley, School of Law in 2019. While in law school, she served as Senior Publishing Editor of Ecology Law Quarterly and participated in the Environmental Law Clinic. Ms. Matthews also served as Co-Director of the 2018 Bales Trial Competition and was the winner of the 2017 Bales Trial Competition.

Client Alert - May 27, 2020 | Gaps in the EPA’s COVID-19 Temporary Enforcement Policy: What Regulated Entities Should Consider as Compliance Issues Arise Due to the Pandemic
Top