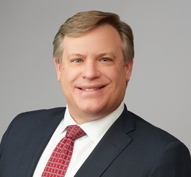 Michael Murphy is a partner in Gibson, Dunn & Crutcher’s Washington, D.C. office.  He is a leader of the firm’s Environmental, Social and Governance (ESG) practice area, and is a member of the firm’s Environmental Litigation and Mass Tort and Administrative Law and Regulatory Practice Groups.  Mr. Murphy counsels clients on environmental and ESG issues related to corporate transactions and compliance.  He also represents clients in a wide variety of investigation and litigation matters.  Mr. Murphy was previously recognized by Law360 as one of its ‘Rising Star’ environmental attorneys under 40 to watch.  Law360 named Gibson Dunn one of its five Environmental Groups of the Year for its high-profile victories in 2018.

Mr. Murphy advises clients in a variety of corporate, private equity, finance and real estate transactions. He is experienced in identifying environmental risks and negotiating transactional documents for buyers, sellers and investors of manufacturing, service, technology, aerospace, petroleum, energy, and financial industry clients.  His litigation experience enables him to approach each environmental transactional issue with a broad perspective that takes into account all of his clients’ concerns. He advises clients on ESG and sustainability matters, including corporate disclosures, policies, reporting and integration issues.  He also helps clients manage large remediation projects, including negotiating final remedies with state and federal regulators.

Mr. Murphy has handled a wide variety of litigation matters in both federal and state courts.  He has served as first chair trial counsel and has argued before three federal appellate courts.  As lead trial counsel, he obtained a significant CERCLA recovery for Lockheed Martin from the United States based on the government’s involvement at a Cold War-era rocket manufacturing facility in Southern California. Lockheed Martin Corp. v. United States (D.D.C).  He has assisted other leading government contractors in obtaining contribution from the federal government at military production facilities across the country.  He presented arguments to the U.S. Court of Appeals for the Ninth Circuit to further define the relationship between CERCLA’s cost recovery and contribution causes of action, and the court ultimately adopted the position urged by Mr. Murphy during oral argument.

In addition, Mr. Murphy represents clients in administrative litigation, rulemaking proceedings, and permit actions to obtain government approval for infrastructure projects, including airport, highway, and railroad projects, and other regulated actions.  These representations involve a number of state and federal environmental statutes, including the National Environmental Policy Act, as well as state counterparts such as CEQA and NY SEQR, the Endangered Species Act, Federal Insecticide, Fungicide, and Rodenticide Act, Toxic Substances and Control Act, and Federal Land Policy and Management Act.  He also has experience in a variety of government contract matters.

Mr. Murphy received his JD from the University of Virginia School of Law in 1999, where he was a member of the Virginia Journal of International Law. He received his Bachelor of Science in Foreign Service from Georgetown University in 1993.  He attended the University of Edinburgh in Scotland, receiving a M.Sc. in International Law.  Mr. Murphy is admitted to practice in the District of Columbia and the Commonwealth of Virginia.