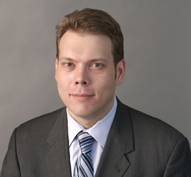 Jason W. Myatt is a partner in the New York office of Gibson, Dunn & Crutcher.

Mr. Myatt’s practice focuses on complex commercial and financial litigation and related arbitration, including litigating business torts, breach of contract, ERISA, real estate, and bankruptcy issues, as well as securities litigation, including ground-breaking work in limiting the American Pipe tolling doctrine in the Second Circuit, a change in law that was subsequently affirmed by the United States Supreme Court.  He has tried cases in federal and state trial courts throughout the nation, and has argued and won appeals before the United States Court of Appeals for the Second Circuit.  Mr. Myatt has also represented clients in connection with investigations conducted by the Department of Justice, State Attorneys General and other regulatory entities.

Mr. Myatt has substantial experience in enforcing state and federal judgments as well as international arbitration awards.  This includes enforcement actions in the United States as well as coordination of multinational asset recovery efforts.  Among other matters, Mr. Myatt represents Crystallex International Corp. in enforcing a $1.4 billion arbitral award issued against Venezuela in multiple courts.  These efforts have resulted in multiple asset seizures, including Crystallex’s successful action to attach the shares of the parent company of CITGO Petroleum, which are nominally held by Venezuela’s national oil company, PDVSA.  Mr. Myatt has also worked to enforce other arbitral awards and resulting sovereign judgments, including the successful settlement of a series of awards against the Kurdistan Regional Government, as well as judgments against state-sponsors of terrorism.

He was named by Lawdragon as among the 2021 Lawdragon Global Litigation 500 for International Litigation, with particular experience of note in enforcement.

Mr. Myatt is a member of Gibson Dunn’s Diversity Committee.  He is admitted to practice in the States of New York and Wisconsin, before the United States District Courts for the Southern and Eastern Districts of New York and the Western District of Wisconsin and before the United States Court of Appeals for the First, Second, Third and Ninth Circuit.

University of Wisconsin - 2003 Master of Science