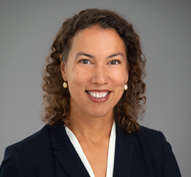 Karin Portlock is of counsel in the New York office of Gibson Dunn & Crutcher and is a member of the White Collar Defense and Investigations, Labor and Employment, Crisis Management, and Litigation Practice Groups.  Ms. Portlock has a broad-based government enforcement and investigations practice, focusing on the full spectrum of internal corporate investigations, including highly sensitive workplace investigations and independent inquiries, as well as regulatory enforcement matters and criminal defense.

Ms. Portlock leads independent investigations of all kinds, particularly in the employment context.  She has conducted numerous confidential investigations into #MeToo, discrimination, harassment, and related allegations of misconduct, including executive misconduct, for companies in a variety of industries, including the media, technology, financial services, and entertainment sectors.  Ms. Portlock often conducts investigations on behalf of audit committees and special committees of corporate boards.

Leveraging her experience as a former federal prosecutor, Ms. Portlock represents individuals and companies under criminal investigation and indictment by the U.S. Department of Justice as well as in civil government probes and major litigation.  She also provides strategic counseling to corporate clients in connection with law enforcement inquiries.  With her prosecutorial background, investigative expertise, and courtroom experience, Ms. Portlock is equally comfortable leading complex and diverse investigations as she is advocating on behalf of her clients before law enforcement authorities and in all manner of court proceedings.

Prior to joining Gibson Dunn, Ms. Portlock served as an Assistant United States Attorney in the U.S. Attorney’s Office for the Southern District of New York from 2015 to 2020.  In that role, she prosecuted a broad range of federal criminal violations, including fraud, racketeering, and violent crimes, leading large-scale investigations of murder, firearms, and sex trafficking offenses as well as crimes involving minors and other vulnerable victims.  Ms. Portlock tried multiple cases to verdict and worked closely with the FBI and other federal and local law enforcement agencies.  She also argued multiple appeals before the United States Court of Appeals for the Second Circuit.  Prior to her government service, she practiced for several years at another major international law firm, where she litigated complex civil cases and appeals before state and federal appellate courts.

Ms. Portlock received her undergraduate degree from Stanford University and is a graduate of Columbia Law School where she was the Editor-in-Chief of the Columbia Law Review—the first Black student to hold that position.  She was also a Harlan Fiske Stone scholar and Chair of the Civil Rights Law Society.  Following law school, Ms. Portlock clerked for Judges Amalya L. Kearse and Jon O. Newman, both of the United States Court of Appeals for the Second Circuit.  She later served as a member of the Second Circuit’s Pro Bono Panel.

Ms. Portlock is an advocate for diversity in the profession and has written on the advantages of diverse investigative teams.  She is consistently cognizant of the benefits that diverse legal teams bring to her clients and is committed to developing diverse talent and mentoring junior lawyers of color.  Ms. Portlock is an Alumni Mentor to the Columbia Black Law Students Association and serves as a Board Member of the Stanford National Black Alumni Association.  She is a member of the 2022 fellowship class for the Leadership Council on Legal Diversity.  In September 2022 Ms. Portlock was named to the National Black Lawyers Top 100 as a Top 100 African American attorney in New York.