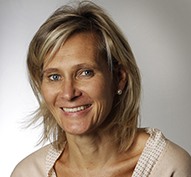 Lena Sandberg is a Danish qualified partner and a member of the Brussels Bar, based in the Brussels office of Gibson, Dunn & Crutcher.  She is a member of the firm’s Antitrust and Competition Practice Group.  She has held positions both in the private sector (law firms and companies) and in the public sector (the European Commission and the EFTA Surveillance Authority).

Ms. Sandberg’s work experience covers all aspects of competition law, including State aid, abuse of dominant position cartels, and merger filings.  She also has strong experience in Public Procurement and Trade Defence Investigations. In addition, she has extensive sectoral regulatory experience in the energy/environmental sectors (including renewables, gas and electricity production and transmission).  Her sectoral experience also includes vast experience with electronic communications sectors (covering telecommunications, Internet and IT).  Her work experience includes negotiations with international institutions such as the European Commission and national competition/regulatory bodies as well litigation before various European Courts.

Ms. Sandberg also has solid experience in State aid and corporate tax benefits such as carry forward of losses, capital tax, depreciation, property tax and parafiscal duties in a variety of sectors. In particular she has handled tax benefits for the aluminium sector in Iceland and non-tax entities in the tax haven of Liechtenstein.

Prior to joining Gibson Dunn, Ms. Sandberg served as Senior Officer in the Competition and State Aid Directorate at the EFTA Surveillance Authority (ESA) from 2004 to 2011. Through in particular her time with ESA she gained experience as a State aid and competition regulator as well as in the field of public procurement.  She has covered complex questions in the energy and environmental area particularly in the field of the EU Emissions Trading Scheme, renewable energy, energy taxes, electricity supply, carbon capture, and a string of related issues including research and development and innovation, and risk capital.  Her work involved drafting decisions and policy legislation and negotiating with relevant counter parts in the European Commission both on cases and policy guidelines.

Ms. Sandberg is a regular contributor and member of the Editorial Board of the European Energy Journal, and a frequent speaker on energy, State aid, Public Procurement and energy issues.  She is fluent in English, Danish, Swedish, German and French.