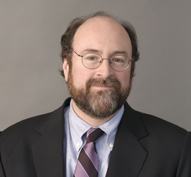 Robert F. Serio is a partner in the New York office of Gibson, Dunn & Crutcher and served as a Co-Chair of Gibson Dunn’s national Securities Litigation Practice Group from 2005 to 2021.  He advises public companies, private-equity portfolio companies, and mutual funds concerning regulatory crises, litigation strategy and risk management.  His practice involves complex commercial and business litigation, with an emphasis on securities class actions, shareholder derivative litigation, SEC enforcement matters and corporate investigations.  Mr. Serio is consistently ranked as one of the top securities litigators in New York and has been recognized by The Best Lawyers in America®, Benchmark Litigation and New York Super Lawyers.  Mr. Serio is a co-editor of the Practising Law Institute’s leading treatise on securities litigation entitled Securities Litigation:  A Practitioner’s Guide.  Routinely, he has been a guest lecturer on securities-related developments where he has presented on such topics as “Trends in Securities Litigation.”  From 2004 to 2015, he served as Co-Partner in Charge of the Firm’s New York office.

Mr. Serio has represented financial institutions and directors in litigation matters arising from the collapses of Enron and Adelphia.