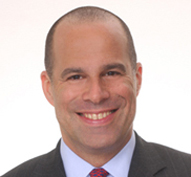 Orin Snyder is widely recognized as one of the country’s leading trial lawyers and litigators.  A former federal prosecutor, Mr. Snyder is a partner in the New York office of Gibson, Dunn & Crutcher and a member of the firm’s Executive Committee.  Mr. Snyder was named General Commercial Attorney of the Year for 2020 by Benchmark Litigation.  The prestigious Chambers USA 2022 ranks him in Band 1 in New York for both General Commercial Litigation and Media & Entertainment Litigation, and among the top Trial Lawyers in the country.  Mr. Snyder is Co-Chair of Gibson Dunn’s Global Trial Practice Group.

Chambers Global and Chambers USA have described Mr. Snyder as “absolutely the best – he’s an aggressive, highly motivated and incredibly effective courtroom litigator,” “ultra smart and highly focused,” “totally dedicated to winning,” with “exemplary trial skills” and a “strong voice at the table.”  He is singled out for being “exceptional in high-stakes commercial litigation.”  “His performance at trial is masterful.”  In his Chambers USA Band 1 General Commercial Litigation ranking, clients have remarked: “He is just a very, very talented trial lawyer but also someone who is a great litigator and very strategic.  He is the perfect storm.”  “Orin is a superstar and one of the best trial lawyers in the country.”  In his Band 1 Media & Entertainment Litigation ranking, clients have described him as “a heavyweight in the industry who makes things happen.”  In his top Trial Lawyers ranking, clients have praised his “3-D, chess-playing leadership,” and his “aggressive and multifaceted approach” to trial.

Mr. Snyder has been named a “Leading Lawyer” by The Legal 500 – United States, where corporate counsel state that “we always use him as chief litigator,” he is “great in court” and has “excellent technical skills.”  Following his cross-examination in one high-profile trial, an article described Mr. Snyder as “the deadliest trial lawyer in tech.”  Benchmark Litigation, the definitive guide to litigation firms and attorneys in the United States, recognizes him as a “Litigation Star” and as one of the “Top 100 Trial Lawyers in America.”  Mr. Snyder was recognized by Law360 as a “Litigation MVP,” by Lawdragon as one of the “500 Leading Lawyers in America,” as a leading lawyer by The Best Lawyers in America®, and was also featured in the Who’s Who Legal Commercial Litigation 2021 guide.  The Hollywood Reporter consistently names him to its prestigious “Power Lawyers” list, and he was also named to Variety’s 2021 Legal Impact Report, an annual list of the leading lawyers in the entertainment industry.

Mr. Snyder has a proven track record of success across a broad range of practice areas and industry sectors in courts throughout the country.

Mr. Snyder has represented numerous nonprofit institutions, such as The Clinton Foundation, the American Red Cross, the Center for Reproductive Rights, Lincoln Center for the Performing Arts, Intrepid Air and Space Museum, Susan G. Komen for the Cure, The Andy Warhol Foundation for the Visual Arts, The Larson Foundation and The Museum of the American Indian.

Mr. Snyder is one of the go-to lawyers for Silicon Valley and other technology companies, representing clients in some of today’s most high-profile cases.  Clients include companies, executives and funds.  Mr. Snyder has represented Facebook in some of its most significant matters dating back to 2007.  He presently represents the company in securities and consumer class actions and other related matters in connection with the misuse of Facebook data by Cambridge Analytica.  Mr. Snyder has also represented Uber in a variety of high-profile matters, including important regulatory questions.  Mr. Snyder also has represented Rubicon Global in antitrust matters; Blink Health, Machine Zone and other clients in trade secret and commercial disputes; Facebook, Square, Hyperloop One and Yik Yak in founder litigation; and VeriFone in litigation involving digital in-taxi advertising technology.

Mr. Snyder represents both digital and traditional media and entertainment clients, which often seek him out for their bet-the-company cases.  Mr. Snyder is lead counsel defending AMC Networks Inc. in the biggest profit participation cases ever brought in the cable television industry relating to the hit show “The Walking Dead.”  For VOOM HD Holdings, a former subsidiary of Cablevision, he obtained a lucrative settlement as lead trial counsel during a jury trial in a multibillion-dollar breach of contract action against DISH Network.  The settlement, one of the largest in a breach of contract case in New York State court history, was valued at well over $1 billion.  For NBC Universal Mr. Snyder obtained a rare preliminary injunction victory following a three-day evidentiary hearing, blocking the move of one of cable TV’s most popular programs, “Project Runway,” to Lifetime.  And for Home Box Office he litigated and tried copyright and trademark cases that resulted in important legal precedents.  Mr. Snyder also represents prominent individuals – including Bob Dylan, Jerry Seinfeld, Elton John, Lady Gaga, and David Letterman – in their litigation matters.

Mr. Snyder’s broad trial lawyer practice has encompassed a wide range of other commercial matters.  For example, he successfully represented the Chobani founder and CEO in a multibillion-dollar lawsuit brought by an individual seeking ownership of the company.  For Starbucks he secured dismissal in a dispute with singer-songwriter Carly Simon over the disappointing sales for her album.  For Capital One he obtained a high-value settlement before trial against a former chief executive officer alleged to have breached a restrictive covenant.  And for Perella Weinberg he successfully served as lead trial counsel in complex litigation alleging trade secret misappropriation, fraud, and various breaches of contract and employment duties in connection with a joint venture.

Mr. Snyder’s practice extends to high-stakes matters involving the New York Attorney General.  Among his achievements for clients is a groundbreaking settlement that he negotiated for Facebook in the area of Internet safety that was hailed as a model of compliance.  For Warner Music Group he negotiated an industry-changing settlement concerning the record promotion industry.  And for Freddie Mac he negotiated new standards for the home mortgage industry.

In addition to his very public litigation work, Mr. Snyder regularly works in the regulatory and investigative arena, counseling clients – both corporations and senior executives – on confidential issues, such as criminal and other government investigations that require expert handling of public relations.  These matters include whistleblower cases, FCPA and money laundering, sanctions, fraud investigations, obstruction of justice, insider trading, tax fraud and allegations of personal misconduct.  He has handled numerous internal investigations involving alleged insider trading, bank fraud, mail and wire fraud, tax evasion and alleged sexual harassment and discrimination in the workplace.

Mr. Snyder often acts as an advisor to the CEOs of large companies, founders and fund owners in connection with strategic planning, governance, and other corporate topics and concerns.

Mr. Snyder is deeply committed to pro bono work and is engaged in cases ranging from racial justice and criminal justice reform, to defending the First Amendment, and advocating for the rights of individuals impacted by discriminatory policies.  Mr. Snyder currently serves as lead trial counsel in Deon Jones v. City of Los Angeles, a civil rights action asserting First and Fourth Amendment claims against the LAPD and others for shooting Mr. Jones in the face while he was peacefully protesting in the aftermath of the George Floyd murder.  He is also co-lead trial counsel in Buchanan v. Trump, seeking to hold accountable members of the Trump administration for their audacious and offensive—and obviously unconstitutional—attack on peaceful protesters in Lafayette Square in June 2020.  In addition, Mr. Snyder recently led the Gibson Dunn team that filed an amicus curiae brief with the United States Supreme Court on behalf of constitutional law scholars in Dobbs v. Jackson Women’s Health Organization.  The case addresses the constitutionality of a Mississippi law prohibiting abortions performed at or after 15 weeks.  The brief argues that overturning Roe v. Wade, which Mississippi asks the Court to do in upholding its law, would place women and their families at the mercy of state legislatures, denying them the basic right to make among perhaps the most personal decisions about their bodies, their families, and their futures.

Boards and Other Professional Affiliations

Before joining Gibson Dunn, Mr. Snyder was a name partner at Parcher, Hayes & Snyder, a prominent litigation boutique firm.  He also served as an Assistant U.S. Attorney in the U.S. Attorney’s Office for the Southern District of New York, where he prosecuted organized crime and white collar crime cases and served as Chief of the Narcotics Unit.  As a federal prosecutor, Mr. Snyder handled one of the largest pension fund fraud prosecutions ever brought by the U.S. Department of Justice.