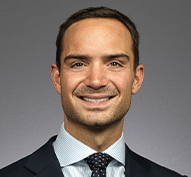 François Vanherck is an associate in the Brussels office of Gibson, Dunn & Crutcher, where he is a member of the Firm’s Antitrust and Competition Practice Group.

Mr. Vanherck’s practice covers all areas of competition law, with a focus on abuse of dominance and merger control. His experience spans a wide range of commercial industries, including the semiconductor, software, audio-visual and basic industries sectors.

Prior to joining Gibson Dunn in 2022, Mr. Vanherck worked as a competition associate at two international law firms in Brussels.

University of Cambridge - 2016 Master of Philosophy