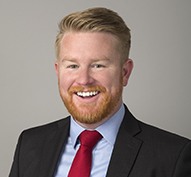 Geoffrey E. Walter is an associate in the Washington, D.C. office of Gibson, Dunn & Crutcher.  He is a member of the firm’s Securities Regulation and Corporate Governance Practice Group.

Mr. Walter is a member of the Society for Corporate Governance.

Mr. Walter earned his Juris Doctor in 2013 from Columbia Law School, where he was a Harlan Fiske Stone Scholar and Editor-in-Chief of the Columbia Journal of Transnational Law. While at Columbia, he was awarded the Isaac and Jacqueline Weiss Shapiro Fellowship in Japanese Law and received a Certificate in International Law from the Parker School. Mr. Walter graduated in 2004 from Amherst College with a Bachelor of Arts degree in Psychology.

Mr. Walter is admitted to practice in the State of New York and the District of Columbia.