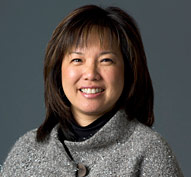 Drawing on her depth of experience and record of success, Ms. Yang focuses part of her practice on strategic counseling.  She leads critical representations, both high profile and highly confidential, involving a wide variety of industries, economic sectors, regulatory bodies, law enforcement agencies, global jurisdictions and all types of proceedings.  Her clients are in the private and public sectors.  She guides teams of attorneys and outside consultants in the development and implementation of strategies to achieve the most favorable outcomes, greatest protection of reputational interests, and minimizing of harm to the business assets.

Ms. Yang has a strong background in addressing and resolving problems across the white collar litigation spectrum, including through corporate and individual representations, internal investigations, crisis management and compliance.

The Los Angeles Business Journal has named her as one of the Top 500 most influential people in Los Angeles every year since 2016.  In 2015, she was recognized by the Los Angeles Business Journal as one of the 27 “stellar attorneys” on the Most Influential Lawyers: White Collar and Cyber Crime list.  In 2017 and 2019, the Los Angeles Business Journal also named her to its list of Most Influential Women Lawyers in Los Angeles, featuring 75 of the most accomplished female attorneys working in the region, and in 2018, they named her among its Most Influential Minority Lawyers in Los Angeles.  LawDragon 2019 named her as one of the Top 500 lawyers in the United States.  Ms. Yang has been called out for her capabilities in overseeing investigations – Global Investigations Review has named her to its inaugural Women in Investigations list (2015), where they highlight 100 high-powered women in the profession from around the world.  Who’s Who Legal included her in the 2019 Who’s Who Legal Investigations guide as a top practitioner, and in 2019, Who’s Who Legal also recognized Ms. Yang in the field of Business Crime Defense.  She was recognized as a 2020 leading lawyer by Chambers USA in California for Litigation: White-Collar Crime & Government Investigations, an award she has received since 2009.  Ms. Yang has also been selected by her peers for inclusion in The Best Lawyers in America in the field of Criminal Defense: White Collar.  The National Law Journal named her to its Outstanding Women Lawyers list (May 4, 2015).  The Daily Journal has named her to its list of California’s Top 100 lawyers over the past several years, including most recently in 2020, highlighting her role in defending companies in investigations and crises that make headlines and are highly confidential in nature.  The Daily Journal has also repeatedly named Ms. Yang to its annual list of 100 Leading Women Lawyers in California.  In 2019, Benchmark Litigation named her a California “Litigation Star.”

Ms. Yang has long represented companies, boards, and audit and other board committees in internal investigations, compliance-related issues, and criminal investigations regarding the FCPA, health care laws, financial controls, trade secrets, and cyber/data intrusions, among multiple other areas.  She serves as Special Counsel to a corporate compliance committee.  She is experienced in overseeing teams of lawyers conducting internal investigations and has frequently reviewed and revamped compliance programs in a variety of industries.  She has managed cases in the crisis arena relating to corporate governance, entertainment, gaming, recalled products, health care and insurance.  She was twice appointed as a corporate compliance monitor on health care matters, once by the U.S. Attorney’s Office for the District of New Jersey and once by the New York State Supreme Court at the request of the New York Attorney General’s Office. She authored the article “FCPA Program Continues to Focus on Individuals” along with Michael Wong published in The Daily Journal in April 2016.

Ms. Yang launched Gibson Dunn’s Information Technology and Data Privacy Practice Group, which focuses on a field in which she has maintained particular interest and proficiency since prosecuting one of the first computer hacking cases as a young Assistant U.S. Attorney.  Ms. Yang was selected to serve on President George W. Bush’s Corporate Fraud Task Force and to chair the Attorney General’s Advisory Committees on Intellectual Property and Civil Rights.  She was appointed by the Attorney General to sit on the Attorney General’s Advisory Committee and on the Intellectual Property Task Force.  Among the numerous articles Ms. Yang has written is “Countering the Cyber-Crime Threat,” co-written with Brian M. Hoffstadt and published in the Spring 2006 edition of American Criminal Law Review.

Ms. Yang was appointed U.S. Attorney in May 2002 by President George W. Bush, becoming the first Asian-American woman to serve in that capacity.  Prior to this service, Ms. Yang was a California state judge.  She was appointed to the Los Angeles Municipal Court in 1997, serving for a time as a Supervising Judge, and became a member of the Los Angeles Superior Court bench in 2000.  She was an Assistant U.S. Attorney for seven years prior to her judicial career, a role in which she prosecuted violent crimes, white collar crimes, arson and computer crimes at the trial and appellate levels.  She has served on the Ninth Circuit Jury Reform Committee.

Ms. Yang has remained active in the local and legal communities, roles for which she has been frequently honored.  She is currently a member of the Council on Foreign Relations.  In 2009, she was selected by Los Angeles Mayor Antonio Villaraigosa to serve as a Los Angeles Police Commissioner, part of the civilian oversight committee of the LA Police Department.  Ms. Yang has been an adjunct professor at the USC School of Law and has instructed at the National Institute of Trial Advocacy and at California’s Judicial College.  She is a former president and board member of The Chinese American Museum in Los Angeles.  She is on the Executive Committee of the prestigious Committee of 100.

In 2012, the Anti-Defamation League presented Ms. Yang with its prestigious Deborah Award, which honors “extraordinary women of achievement.”  The award was given in recognition for her “professional and philanthropic dedication to the Los Angeles community.”  In 2010, she was named by the Los Angeles Chapter of the Federalist Society as Lawyer of the Year.  She previously served as a founding member and officer of many Asian-American bar organizations in Chicago and Los Angeles.  Ms. Yang was recognized by The National Law Journal as one of the Top 50 Most Influential Minority Lawyers in America in 2008.  She has been recognized as a champion of civil rights by both the Los Angeles City Council in 2002 and the Inglewood Superior Court.  The Asian Pacific Bar Association selected her as the 2002 recipient of its Public Service Award and the National Asian Pacific American Bar Association selected her as the 2003 recipient of the Trailblazers Award.  In 2004, she was appointed to the President’s Council for Pitzer College of the Claremont Colleges and was given the inaugural Distinguished Alumni Award.

Ms. Yang received her Juris Doctor from Boston College Law School and was a law clerk to the Honorable Ronald S.W. Lew in the U.S. District Court for the Central District of California.