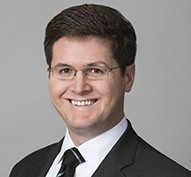 Justin Accomando is an associate in the Washington, D.C. office of Gibson, Dunn & Crutcher. He practices in the firm’s Litigation Department and has experience representing clients in white collar criminal defense, compliance, government investigations, and government contracting. He has represented clients in both internal investigations and before the U.S. Department of Justice, U.S. Securities and Exchange Commission, U.S. Environmental Protection Agency, and the Armed Services Board of Contract Appeals.

Prior to joining the firm, Mr. Accomando was a submarine officer in the United States Navy. He was trained in the Navy’s nuclear propulsion program and is certified as a nuclear engineering officer. He served aboard a fast-attack submarine and made two operational overseas deployments, leading a watch team and serving as assistant engineer. Mr. Accomando also spent two years as an instructor in History at the Naval Academy before attending law school. While in law school, Mr. Accomando interned in the Office of the White House Counsel, principally working for the National Security Staff legal team.

Mr. Accomando graduated from the Yale Law School, where he was a Senior Editor of the Yale Journal on Regulation and the Yale Journal of International Law. He received a Bachelor of Science Degree in History, with honors and distinction, from the United States Naval Academy, where he was awarded a FitzGerald Scholarship to study at Oxford University and the Sons of the American Revolution Prize Sword. At Oxford, Mr. Accomando earned a Master of Philosophy Degree in Economic and Social History.

Mr. Accomando is admitted to practice law in Maryland and the District of Columbia.

University of Oxford - 2005 Master of Philosophy