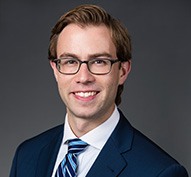 Mr. Arber represents a range of clients in complex litigation, including class actions, data privacy matters, and mass tort cases.  He has assisted both entities and individuals manage and respond to criminal and civil government investigations.

Prior to joining the Palo Alto office, Mr. Arber clerked for the Honorable Debra Ann Livingston of the United States Court of Appeals for the Second Circuit and for the Honorable Edward R. Korman of the United States District Court for the Eastern District of New York. He earned his Juris Doctor in 2017 from Columbia Law School, where he was a James Kent Scholar and Ruth Bader Ginsburg Prize recipient. Mr. Arber also served as the Executive Submissions Editor for the Columbia Science and Technology Law Review. He graduated magna cum laude from Georgetown University’s School of Foreign Service with a Bachelor of Science in Science, Technology, and International Affairs.