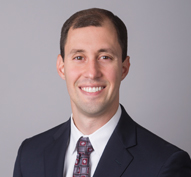 Russell Balikian is an associate in the Washington, D.C. office of Gibson, Dunn & Crutcher LLP.  He practices in the firm’s Appellate & Constitutional Law group and Administrative Law & Regulatory group.

Mr. Balikian has significant experience litigating high-stakes appeals in the Supreme Court, D.C. Circuit, and other courts across a wide variety of subject-matter areas.  He has been involved in some of the most important appellate and administrative-law cases in recent years, including litigation over the FCC’s 2015 net-neutrality order, the Sprint-T-Mobile merger, the Dakota Access pipeline, the Deepwater Horizon oil spill, the Commonwealth of Puerto Rico’s debt-restructuring efforts, and the EPA’s Clean Power Plan.  Mr. Balikian also has significant experience litigating under the First Amendment, including successful representations of authors seeking to publish important works free from prior restraints.  He was named by Best Lawyers as a 2023 “One to Watch” in Appellate Practice.

Mr. Balikian has particular expertise in the telecom and tech industries. He played a major role in representing wireless trade association CTIA before the D.C. Circuit and the Supreme Court in connection with the 2015 net-neutrality order. He successfully represented satellite operator SES Americom before the D.C. Circuit as an intervenor supporting the FCC’s 2020 C-Band transition order, a multibillion-dollar effort to swiftly clear critical mid-band spectrum for 5G wireless deployment. He also played an important role in representing T-Mobile’s controlling shareholder in litigation over T-Mobile’s successful merger with Sprint. And Mr. Balikian was a key member of the team that represented property-rental website HomeAway.com before the California Court of Appeal in protecting the privacy of users’ communications.

At the agency level, Mr. Balikian is known for leveraging his appellate experience to translate intricate technical points into clear, powerful arguments well-suited for presentation to the agency and, if necessary, a reviewing court. He is experienced before the FCC, particularly on matters relating to 5G deployment and low-Earth orbit (LEO) broadband satellites, and he has represented wireless companies in major enforcement proceedings. Mr. Balikian also has a strong record of success in FCC rulemaking proceedings. In the Restoring Internet Freedom proceedings, for example, Mr. Balikian was part of the team that represented Verizon in laying out the FCC’s legal authority for restoring a light-touch regulatory framework to mobile broadband—a framework that the FCC largely adopted. Mr. Balikian also played a leading role in a filing that established the FCC’s authority to swiftly transition the C-Band for 5G usage while protecting the rights of incumbent licensees; once again, the FCC’s final decision tracked this analysis.

Mr. Balikian is admitted to practice law in the District of Columbia.