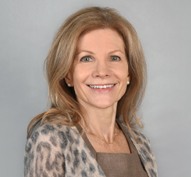 Chambers Global:  The World’s Leading Lawyers for Business has recognized her as a leading lawyer from 2012-2019 in the area of Private Equity:  Buyouts and from 2012-2013 in the areas of Investment Funds:  Private Equity:  Fund Formation.  Currently and for the past several years, Chambers USA has recognized Ms. Bellah Maguire as a leading lawyer in the areas of Private Equity:  Fund Formation and Buyouts, in California Corporate M&A:  Private Equity and in Southern California Corporate M&A.  Expert Guides named Ms. Bellah Maguire to its 2017 Guide to the World’s Leading Women in Business Law, which recognizes top female legal practitioners advising on business law.  Ms. Bellah Maguire was shortlisted for the Chambers USA ‘Women in Law’ Awards in the Corporate M&A Lawyer of the Year category, 2012.  She has also been named as one of the ‘Most Influential M&A Advisors’ (2013) and ranked among ‘The Best of the Bar’ for Corporate Transactions (2007) by The Los Angeles Business Journal.  Ms. Bellah Maguire has been selected by her peers for inclusion in 2006-2023 editions of The Best Lawyers in America® in the fields of Securities/Capital Markets Law and was named to the Who’s Who Legal list of Private Fund Lawyers for 2011, 2018, and 2019.  The National Diversity Council recognized Ms. Bellah Maguire on the 2016 Top 50 Women Lawyers list highlighting the most extraordinary female leaders in the industry.

Ms. Bellah Maguire holds a bachelor of arts from Bryn Mawr College, magna cum laude, and studied for one year at Sorbonne University in Paris, France.  She was awarded a Watson Foundation Fellowship following college.  She graduated from the University of California, Berkeley, School of Law, where she was a member of the Order of the Coif and served as an Associate Editor for the California Law Review.  She speaks and writes French fluently and maintains a cross-border practice with the firm’s Paris office.  Prior to joining the firm, she served as law clerk for the Honorable Mary M. Schroeder in the United States Court of Appeals for the Ninth Circuit.