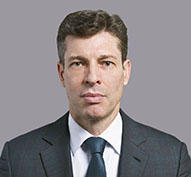 Cy Benson is a U.S. and English qualified partner in the London office of Gibson, Dunn & Crutcher and serves as Co-Chair of the firm’s International Arbitration Practice Group.

Mr Benson represents clients from a wide variety of sectors before commercial and investment treaty tribunals with particular experience in telecoms, oil & gas, mining and infrastructure disputes. He continues to represent a Dutch and a Luxembourg investor in two separate multi-billion dollar arbitration proceedings against the Russian Federation under the Energy Charter Treaty.

He is lead advocate for a major international contractor in billion dollar ICC proceedings against a Middle Eastern state arising from an airport project, and spear-headed a team in the successful prosecution of a US$ 2 billion LCIA arbitration for a global mining corporate against a Middle East steel manufacturer. He also continues to represent a Middle Eastern conglomerate in a US$ 500 million ICSID arbitration under the Kuwait/Iraq bilateral investment treaty arising out of an investment in Kurdistan; and a Swedish holding company in a US$ 1.5 billion ICSID arbitration against a North African State for expropriation of a refinery and related businesses.

He was a member of the IBA Arbitration Committee Task Force on Ethics for Counsel and served as one of the UK members to the ICC Rules Revision Task Force. He sits regularly as an arbitrator, and writes and lectures on a wide variety of arbitration issues.

He has championed the USAID-backed joint legal reform initiative (with the Mongolian Ministry of Justice) to design and teach a course on international arbitration law and practice (covering both commercial and investment treaty arbitration) to Mongolian lawyers and judges.

Prior to joining Gibson Dunn, Mr. Benson was co-head of the London international arbitration group at a U.S. law firm.