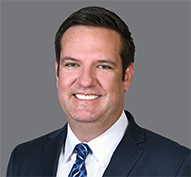 Greg Boden is a litigation associate in the Los Angeles office of Gibson, Dunn & Crutcher. He is a member of the Firm’s Litigation Practice Group.

Prior to joining the Firm, Mr. Boden was a senior associate at WilmerHale, where he handled a broad range of cases at all stages of civil litigation, including securities fraud, consumer fraud, breach of fiduciary duty, insurance bad faith, and qui tam litigation. He has obtained favorable results in three trials. Mr. Boden also has experience representing companies in FCPA investigations, responding to SEC and DOJ subpoenas, preparing for Congressional testimony, and conducting internal investigations.

Mr. Boden earned his Juris Doctor from Pepperdine University School of Law, where he graduated magna cum laude and was a member of the Pepperdine Law Review and Order of the Coif. During law school, he externed for Chief Judge Alex Kozinski on the United States Court of Appeals for the Ninth Circuit. He also served as a research assistant to Donald Childress III, analyzing international litigation and the extraterritorial application of U.S. law. Prior to law school, Mr. Boden served as an officer in the United States Navy, where he served as the Assistant to the Assistant Director of the Officer Department at Naval Nuclear Power Training Command. He completed Naval Nuclear Power School, oversaw officers awaiting training, and analyzed officer success and attrition at Nuclear Power School. Mr. Boden received his Bachelor of Arts degree in Economics with a minor in Public Policy from Stanford University in 2009.