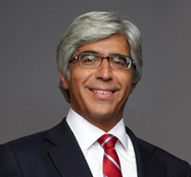 Theodore J. Boutrous, Jr. is a partner in the Los Angeles office of Gibson, Dunn & Crutcher LLP and a member of the firm’s Executive and Management Committees.

As The New York Times has noted, Mr. Boutrous has “a long history of pushing the courts and the public to see the bigger picture on heated issues.” The American Lawyer named Mr. Boutrous the 2019 “Litigator of the Year, Grand Prize Winner” and the Los Angeles and San Francisco Daily Journals in 2021 named him a  “Top Lawyer of the Decade.”  According to The National Law Journal, which in 2013 named him one of the “100 Most Influential Lawyers in America,” he “is known for his wise, strategic advice to clients in crisis and is a media law star.”

Mr. Boutrous has represented clients in the federal and state appellate courts throughout the nation in a wide spectrum of cases.  He has argued more than 160 appeals, including before the Supreme Court of the United States, 12 different federal circuit courts of appeals, 10 different state supreme courts and a multitude of other appellate and trial courts in complex civil, constitutional and criminal matters.  He has successfully persuaded courts to overturn some of the largest jury verdicts and class actions in history.  In 2011, he successfully represented Walmart before the Supreme Court of the United States in the Dukes case, which unanimously reversed what had been the largest employment class action in history and established important standards governing class actions (Wal-Mart Stores, Inc. v. Dukes). In 2013, he successfully represented the prevailing party in obtaining a unanimous Supreme Court decision enforcing the Class Action Fairness Act (Standard Fire Insurance Co. v. Knowles).  Also in 2013, Mr. Boutrous successfully represented plaintiffs in the Supreme Court in a case invalidating California’s prohibition on same-sex marriage, Proposition 8 (Hollingsworth v. Perry), in which he also served as one of the lead trial lawyers and architects of the legal strategy that led to this landmark victory.  Mr. Boutrous is currently handling a lawsuit on behalf of actor Ashley Judd against Harvey Weinstein seeking redress for the career-changing harm Mr. Weinstein caused when he defamed Judd to filmmakers in retaliation against Ms. Judd for having rejected Mr. Weinstein’s sexual advances.  And Mr. Boutrous successfully represented Cable News Network, Inc. and reporter Jim Acosta in bringing First Amendment and Due Process claims against then-President Donald Trump and other White House officials, forcing the White House to restore Mr. Acosta’s press credentials.  Months later, Mr. Boutrous represented Brian Karem, Playboy’s White House Correspondent, bringing similar First Amendment and Due Process claims and again prevailing in the district court, and then on appeal, in forcing the restoration of Mr. Karem’s press credentials.  Mr. Boutrous also represented Mr. Karem in the D.C. Circuit, which affirmed in full in a published opinion establishing precedent confirming the First Amendment and Due Process rights reporters have in government-issued press passes.  Karem v. Trump, 960 F.3d 656 (D.C. Cir. 2020).

As both a crisis management strategist and a seasoned appellate and media lawyer, Mr. Boutrous has extensive experience handling high-profile litigation, media relations and media legal issues.  He routinely advises clients in planning how to respond, and in responding, to crises and other especially significant legal problems that attract the media spotlight.

Mr. Boutrous is a member of the American Law Institute.  He is a Fellow of the American Academy of Appellate Lawyers.  He was recently recognized in Best Lawyers in America 2023 while also being named “Lawyer of the Year” for work in intellectual property (2022).  The Hollywood Reporter recently featured him in Power Lawyers 2021: Hollywood’s Top 100 Attorneys, declaring  that “Boutrous is there when an industry’s future rides on a big argument.”  In 2022, the Los Angeles and San Francisco Daily Journal  named Mr. Boutrous one of the “Top 100 Lawyers” in California for the 18th year in a row.  He has been named a California “Litigation Star” in Benchmark Litigation, as well as a “National Practice Area Star” and a “Labor & Employment Star.”  Chambers USA ranks him as a leading lawyer in four different categories, describing him as “an absolute star” and clients prizing his skills as “an amazing orator” and his “incredible knack of picking the winning argument and his oral advocacy skills are peerless.  He picks the right point in response to every question without even blinking.” Legal 500  named Mr. Boutrous a “Leading Lawyer” for Supreme Court and appellate litigation, calling him a “renowned advocate” and “the preeminent authority on punitive damages defenses in the U.S.”  In 2015, The National Law Journal  named Mr. Boutrous to its “Trailblazers–Litigation” list, and the San Francisco Recorder named Mr. Boutrous to its 2015 “Groundbreakers” list.  In 2012, Mr. Boutrous was named an “Attorney of the Year” by both the California Lawyer and the San Francisco Recorder.  In naming him to its list of the 500 Leading Lawyers in America, Lawdragon called him “one of the best media and appellate attorneys in the nation,” and the Los Angeles Business Journal  describes him as “one of the nation’s most prominent appellate attorneys.”

Mr. Boutrous is admitted to practice in California, New York, and the District of Columbia.