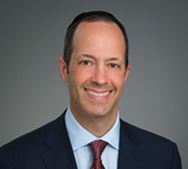 Josh Brody is a partner in the New York office of Gibson, Dunn & Crutcher and a member of the Business Restructuring and Reorganization Practice Group.

Mr. Brody’s practice focuses on representing clients in complex chapter 11 bankruptcy cases and other distressed situations including negotiating and litigating plans of reorganization and debtor-in-possession financings.  He also represents a diverse range of creditors at all levels of complex structures, including secured and unsecured, bondholders and bank debtholders, indenture trustees, creditors’ committees, and trade creditors.

Mr. Brody also advises hedge funds and other financial institutions on the rights and remedies of debtholders and in understanding elaborate corporate and capital structures.

Mr. Brody was recently named a “Next Generation Lawyer” in restructuring/bankruptcy by The Legal 500 United States.  He has been consistently recognized  as a leading restructuring lawyer by The Best Lawyers in America® and New York Super Lawyers.  In addition, he was twice named as one of 12 “Outstanding Young Restructuring Lawyers” by Turnarounds & Workouts, one of “40 Under 40” in the legal adviser category by M&A Advisor and a “Rising Star” in bankruptcy law by Law360.

Before joining Gibson Dunn, Mr. Brody was as a partner at Jones Day.  Previously, he was elected as a partner at Kramer Levin Naftalis & Frankel LLP.  He began his legal career as an associate at Weil, Gotshal & Manges LLP.

Mr. Brody received his law degree with distinction in 2002 from the Maurice A. Deane School of Law at Hofstra University, where he served on the Hofstra Law Review.

Represented the following in their chapter 11 cases: