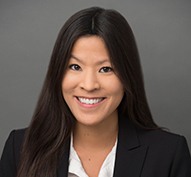 Diane Chan is a litigation associate in the New York office of Gibson, Dunn & Crutcher.  Her practice focuses on a broad range of high-stakes complex commercial and business litigation.  She has represented clients before federal and state courts at the appellate and trial levels, as well as before administrative agencies.

Ms. Chan has extensive trial and motion practice experience, and has served as a key member of a number of successful trial teams.  Among other representative matters, Ms. Chan was a member of the trial team that successfully defeated the SEC’s fraud charges against Lynn Tilton and her Patriarch entities, in which the SEC sought disgorgement of more than $200 million from Ms. Tilton—the largest disgorgement award ever sought by the SEC from an individual.  Following a three-week bench trial, the SEC Administrative Judge issued a rare decision dismissing the SEC’s charges in full.  Ms. Chan also represented a major international insurer in filing a high-stakes $1 billion civil RICO, breach of contract, fraud and breach of fiduciary duty action in federal court.  After successfully defeating the adverse party’s attempts to dismiss the civil RICO and other claims, and following a nearly month-long bench trial, the trial team successfully secured a favorable post-trial settlement on behalf of the insurer.  Recently, Ms. Chan was a lead associate on the trial team that represented Ms. Tilton and her Patriarch entities in a two-week jury trial in New York Supreme Court that resulted in a favorable settlement for the client.

Ms. Chan maintains an active pro bono practice, with a focus on immigration matters.  Ms. Chan was a co-lead associate on the team that represented a longtime lawful permanent resident in removal proceedings before the Board of Immigration Appeals in the case Obeya v. Sessions, 884 F.3d 442 (2d Cir. 2018).  In a ground-breaking decision, the Second Circuit reversed the Board of Immigration Appeals’ ruling, and narrowed the circumstances under which the Board may apply new agency rules retroactively in future cases.  Recently, Ms. Chan defended a municipality against a lawsuit seeking to overturn local legislation that provided for the creation of police review boards in order to address systemic racism in the justice system.

Ms. Chan earned her Juris Doctor in 2014 from Columbia Law School, where she was named a Harlan Fiske Stone Scholar and served as a Managing Editor of the Columbia Human Rights Law Review.  During law school, Ms. Chan also served as a judicial intern for Honorable Robert D. Sack of the U.S. Court of Appeals for the Second Circuit.  She received her Bachelor of Arts degree, with honors, from Northwestern University in 2008.

Ms. Chan is admitted to practice in the State of New York and before the United States District Court for the Southern District of New York.